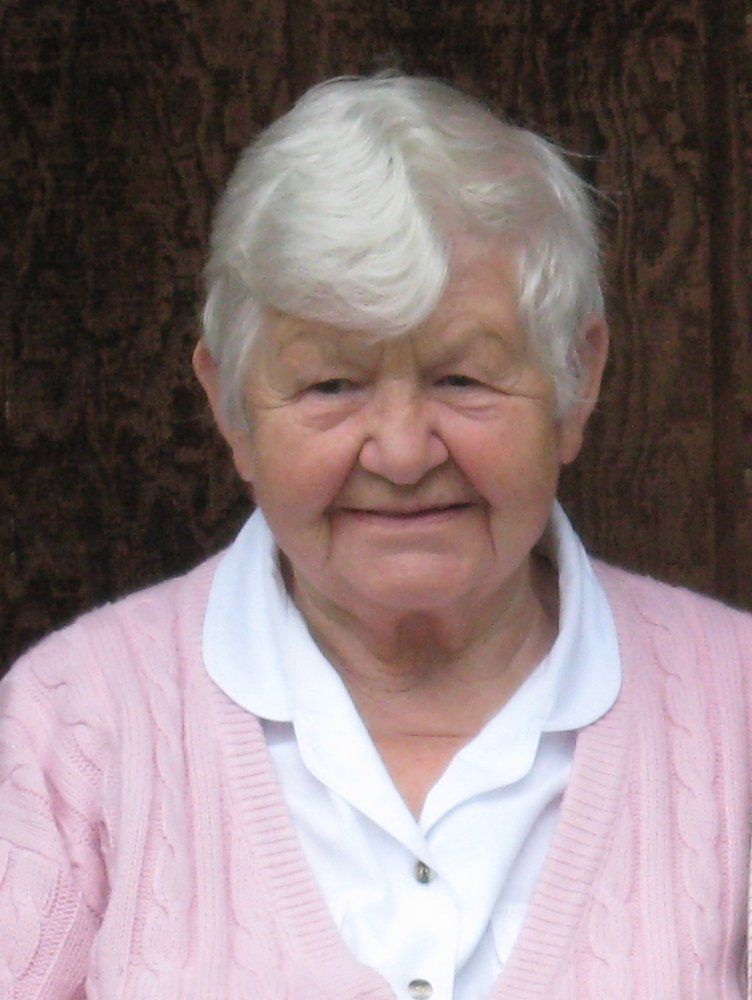 Please share a memory of Vlasta to include in a keepsake book for family and friends.
View Tribute Book

Vlasta Brilbeck died April 13, 2021 age 97 at the Crouse Community Center, Morrisville, New York.  She was the daughter of Vaclav and Anezka Hromadkova, was born in Strakonice, Czech Republic on October 18, 1923 and grew up there.

She will be missed dearly by her family and friends.  Vlasta enjoyed sewing, crocheting and gardening.  She loved music and enjoyed a good polka.

She married John Brilbeck on December 25, 1947 after a courtship in the Czech Republic where John (serving in the army during World War II) was stationed and where they met and fell in love.  They settled in West Monroe, New York.

Vlasta was predeceased by her husband John Brilbeck, her parents, three sisters and one brother.  She is survived by four daughters and sons-in-law, Betty Jean and David Damon of Jacksonville, FL; Evelyn and Dave Lerner, Trudy and Jim Falcone, Sharon and Brad Gwynn all of Manlius, New York; 8 grandchildren and 12 great grandchildren.

No service or burial is planned.  Vlasta has donated her body to Upstate Medical Center’s Anatomical Gift Program.

To send flowers to the family or plant a tree in memory of Vlasta Brilbeck, please visit Tribute Store

Look inside to read what others have shared
Family and friends are coming together online to create a special keepsake. Every memory left on the online obituary will be automatically included in this book.
View Tribute Book
Services for Vlasta Brilbeck
There are no events scheduled. You can still show your support by sending flowers directly to the family, or planting a memorial tree in memory of Vlasta Brilbeck.
Visit the Tribute Store