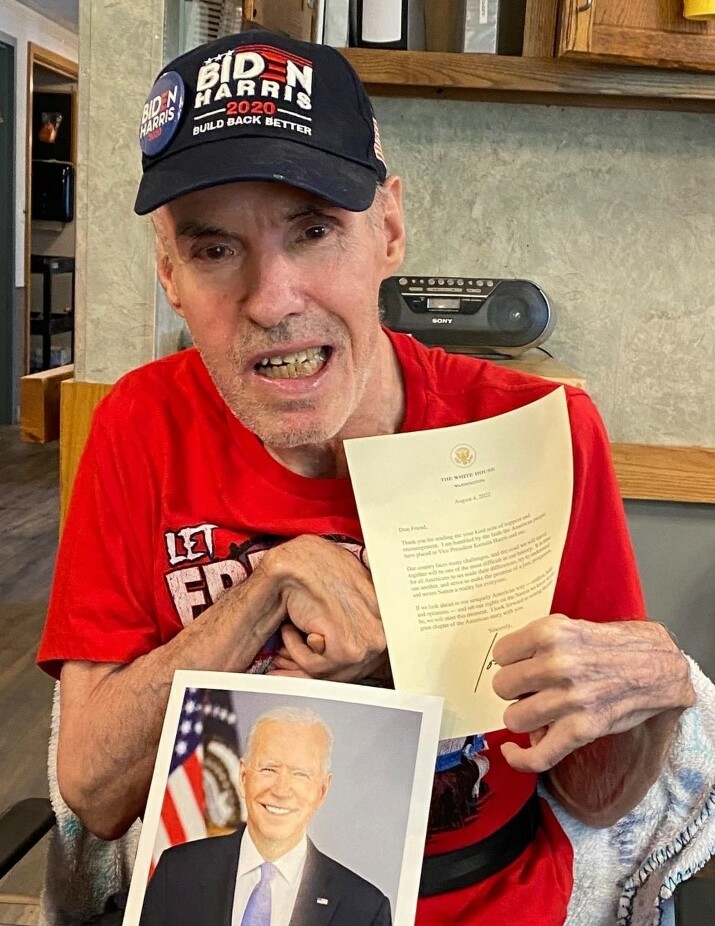 Please share a memory of Herman to include in a keepsake book for family and friends.
View Tribute Book

Herman Schatz, at 69 years of age, peacefully entered eternal rest on October 30, 2022, at St. Lukes Hospital surrounded by friends in his final hours.

Herman was a registered voter and proud Democrat. He looked forward to every election and attended Our Lady of Pompei Election Day Spaghetti Supper. Throughout the years he met many politicians and kept a book of signatures of every politician he ever met. He enjoyed showing everyone all his presidential memorabilia, photos and personal letters from the president and always had it proudly displayed. Herman enjoyed conversing about politics and watching CNN and Meet the Press. He also memorized various facts about former presidents. Most recently, Herman attended the Governor’s Day at the Great New York State Fair.

Herman previously volunteered at Upstate Hospital while he lived in Syracuse.  He loved watching the tv shows the Invaders, and Emergency. Herman also loved drinking coffee and going out to eat.

Herman also loved listening to the Bee Gees and his favorite song was “How Deep Is Your Love”. Herman will be missed by all at Gan Kavod and as the verse says: I believe in you. You know the door to my very soul. You’re the light in my deepest, darkest hour. You’re my savior when I fall.

To send flowers to the family or plant a tree in memory of Herman Schatz, please visit Tribute Store
Thursday
3
November