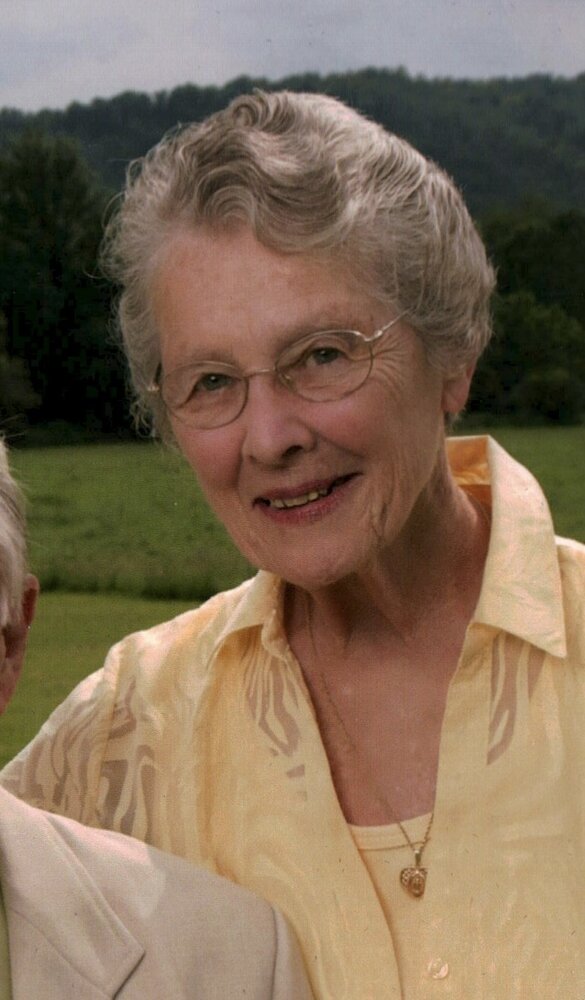 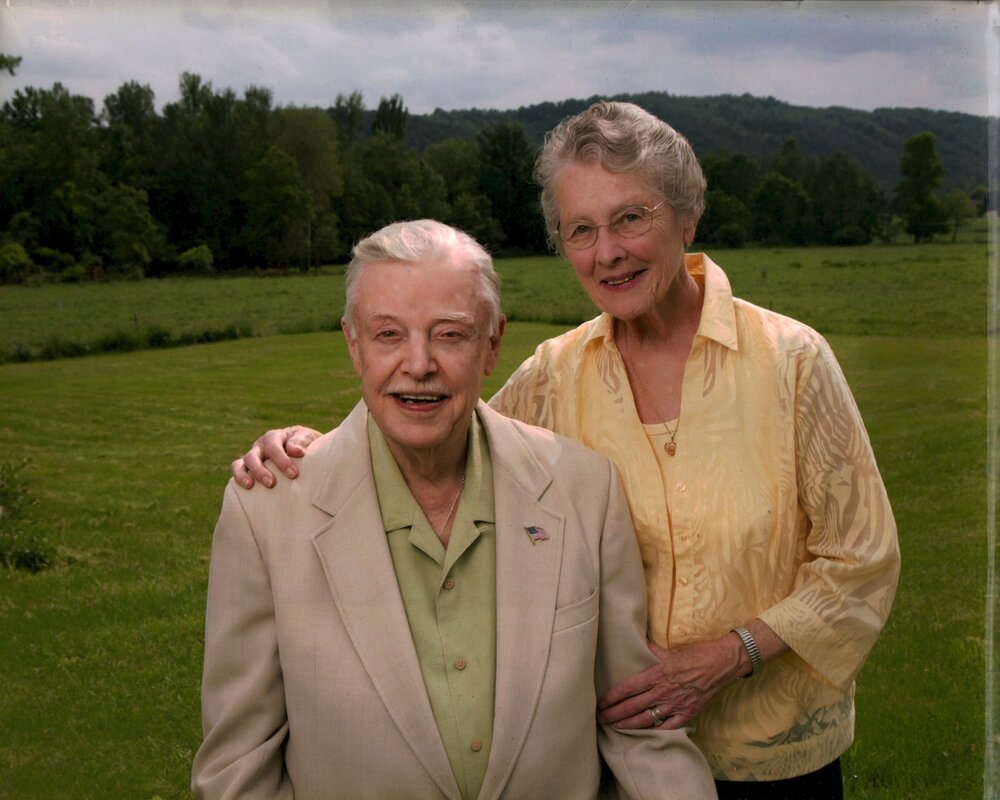 Please share a memory of Grace to include in a keepsake book for family and friends.
View Tribute Book

Our beloved Mother, Grace Marie Popp Guy, passed peacefully on October 17th, 2022, in her home of 52 years while her loving children and caretakers prayed for her. She is survived by 7 of her 8 children and their spouses: Kathy Simcox, Teri (Jim passed in 2014) Guy Cameron, Carl, III and Debbie, Rick and Alycia, Pat and Shannon, Mike and Alison and Virginia (James passed in 2022) Guy Confer. Also surviving are over 80 grandchildren, great-grandchildren, and many nieces and nephews. There are many surviving special friends: Nancy Scheutzow, Euphemia Gallipeau, and others. One daughter had pre-deceased both Grace and Carl, Miki Loughran, but, her widower, Kevin and their 2 children and 4 grandchildren are still with us. Mom lived an amazing 94 years, generously sharing her life with her husband, family, and friends. We will all miss her terribly, as she rests in eternity with our loving Father watching and praying over us.

Grace was the youngest of 4 children born to Fred and Eva Purtell Popp. Her siblings, all deceased, were Mary and Bill Hackwelder, Sister M. Evelyn,OSF (Virginia) and Tom and Helen Crotty Popp. Her father was the proprietor of the prominent and impressive Yates Hotel across the street from Syracuse City Hall. Built in1892, it was demolished in 1970.

Grace grew up on Stolp Ave until she moved into the Yates Hotel where she lived with her family. She attended school at Most Holy Rosary, then Convent school. She then attended Mercyhurst College in Pennsylvania until she transferred to the new LeMoyne College in Syracuse NY where she completed her bachelor’s degree. In 1952, while working at the Yates Hotel as hostess in the Swiss Room, she met Carl Guy who had long been a friend of her brother, Tom. They married within a year at the Cathedral of the Immaculate Conception on September 12, 1953. Carl was a law student at Syracuse University. They started their family with their first two girls while attending law school living in student housing at Slocum Heights. In 1957, they bought their first home at 520 Stinard Ave across from her brother Tom and his wife Helen Popp. They continued to grow and raise their family of 8 there until 1970, when they bought their second and final home at 850 Fay Rd. in the Westvale area. Eventually, Carl transitioned his Law office into the house where Grace was a major support in running the office until his own health declined in 2018.

Our home on Fay Rd. became the gathering place for all her children, grandchildren, great-grandchildren, and friends over the years, as we shared many happy times there on holidays, celebrations, and special events where our beautiful Mother was a gracious host and homemaker.

PS: Mom made great meatloaf and apple pie and provided taxi services and errands for all. Mom was a loyal loving prayer warrior devoted to her Rosary, and faithfully attending mass daily as long as possible.
Mom said, "The greatest Honor and Joy in my life was being Matriarch to 8 kids, 36 grandkids and 41 greatgrandkids."

Funeral Services: Mass of Christian Burial will be held Friday, October 28th at 9:30am in the Basilica of the Sacred Heart of Jesus, 927 Park Ave, Syracuse NY 13204

Live Stream: The Basilica of The Sacred Heart of Jesus

To send flowers to the family or plant a tree in memory of Grace Guy, please visit Tribute Store
Thursday
27
October