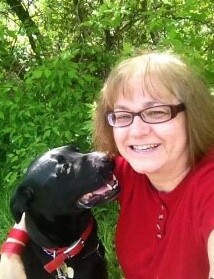 Please share a memory of Kathleen to include in a keepsake book for family and friends.
View Tribute Book

It is with great sadness that we release our mother and sister into the arms of the angels. Over this past year, Kathleen Stevenson fought valiantly in her battle with lung cancer. On Saturday afternoon, February 19th, 2022, she passed away, peacefully, from this disease. She was 67 years old.

Born in Seneca Falls August 6, 1954, she lived an accomplished life. She graduated from Mynderse Academy High School and was Class of 1972, received a Bachelor’s degree in Music - Flute from Baldwin Wallace University in 1976, and a Masters degree in Flute Performance from the University of Michigan in 1977.

She was an accomplished flautist who traveled to Austria and Germany where she was a professor and performer there, and won distinguished awards for her talents. She studied Flute Performance at Universität Mozarteum in Salzburg, Austria, and she also studied German at the University of Graz, Austria. She was a music teacher and band director at Staatische Musikschulein Schladming, Austria, and also at South Seneca Central School in Ovid, NY.

As if her many musical accomplishments weren’t impressive enough, she later continued her schooling, and graduated with a Juris Doctor from Hofstra School of Law in 1985. She became a managing attorney at the Syracuse GM UAW Legal Services for over 20 years. She then became a private attorney in Cicero, NY where she resided. In addition, she was an Adjunct Instructor at Bryant & Stratton College where she taught Law from 2008-2012. She did pro-bono work for The Volunteer Lawyer’s Project of Onondaga County and won the 2018 Pro Bono Champion Award for her services.

Kaye had many friends and cousins. She loved her pets, making intricate quilts and desserts for her friends and family. She loved skiing in the Alps in Austria and in Upstate NY. She also enjoyed playing the flute at church, and in the pit orchestra for local musical theatre productions. She was a lifelong lover of music, travel, and was a patron of the arts. She loved going to see Broadway shows, classical music concerts, and theatrical productions in both NYC and in the Syracuse area. We will miss her, dearly.

She is survived by her daughter Krystina Nilsson, son Eric C. Nilsson, her sister Sharon Zelickowski, niece Shelley DeRenzo, nephew Steve, nephew Brian Pullen, many extended family, and her ex-husband and good friend Eric J. Nilsson, who together shared 22 years of marriage. She was predeceased by her mother and father Clifford and Elizabeth Stevenson. Fly high little sister, till we meet again.

The funeral service took place on a brisk, yet sunny day on Thursday, February 24th at 3pm at Northside Church in Liverpool, NY, and the internment took place at Springbrook Cemetery in Seneca Falls, NY at sunset.

For those who were unable to attend, please follow the link below if you would like to view the recording of the service.

To send flowers to the family or plant a tree in memory of Kathleen Stevenson, please visit Tribute Store

Look inside to read what others have shared
Family and friends are coming together online to create a special keepsake. Every memory left on the online obituary will be automatically included in this book.
View Tribute Book
Services for Kathleen Stevenson
There are no events scheduled. You can still show your support by sending flowers directly to the family, or planting a memorial tree in memory of Kathleen Stevenson.
Visit the Tribute Store