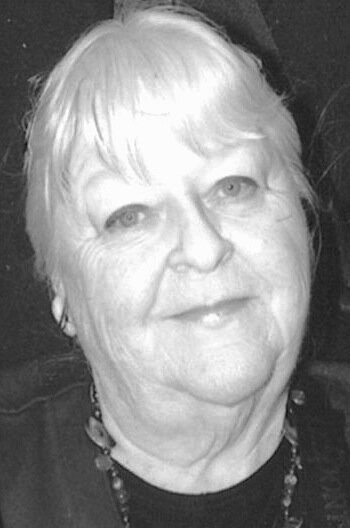 Please share a memory of Hope to include in a keepsake book for family and friends.
View Tribute Book

Hope B. Irvine, born 11/5/1936 in New York City, died 10/28/2021 in East Syracuse, NY. She was the daughter of Emerson and Cora Barrett. Her father was a manager of theaters. Her mother Cora Baumgardner was a Pennsylvania “Dutch” farm girl who became a homemaker and after her husband’s illness worked as a waitress to support Hope and her sister Sally.

A lifelong teacher of the arts, she was a professor of Art Education at Syracuse University and chaired that department for 26 years. She also held a number of positions on various academic committees on the hill. An activist for the arts, she served as an advisor to Mayor Tom Young, in Syracuse, the Everson Museum and the NYS Department of Education as well as running the state-funded Imagination Celebration in Syracuse, where rather than use grant money for a prominent performing group on one occasion, she distributed it to several arts groups in Central NY to support and encourage their efforts. She was President of the NYS Art Teachers Association and Eastern Vice President of the National Art Education Association.

Hope taught art for 24 years at Eleanor Roosevelt JHS 143 in Washington Heights, Manhattan, which she attended. While working toward her PhD at NYU she was chapter chairperson for the UFT at the school and the chairperson for Community Planning Board 12, covering northern Manhattan, which dealt with zoning issues but also considered a wide range of community problems like health, housing, sanitation, transportation, and policing. It was a place where community people could bring problems requiring solutions from city government.

She was a graduate of Hunter College, where she was chosen for the Hunter Colleg Hall of Fame, earned her Masters at City College NY, and a PhD from NYU.

She is survived by her husband Bruce, her son Bruce, her sister Sally, her nieces and nephews. There will not be a service at this time, although a future memorial is possible.

Science tells us we come from the stars. Hope believed that this is where our energy goes when we die. We agree. So, look to the stars, and there you’ll find Hope’s spirit.

To send flowers to the family or plant a tree in memory of Hope Irvine, please visit Tribute Store

Look inside to read what others have shared
Family and friends are coming together online to create a special keepsake. Every memory left on the online obituary will be automatically included in this book.
View Tribute Book
Services for Hope Irvine
There are no events scheduled. You can still show your support by sending flowers directly to the family, or planting a memorial tree in memory of Hope Irvine.
Visit the Tribute Store