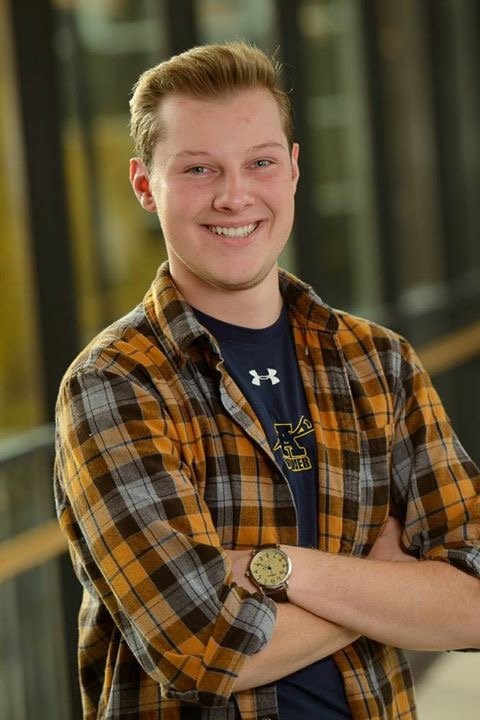 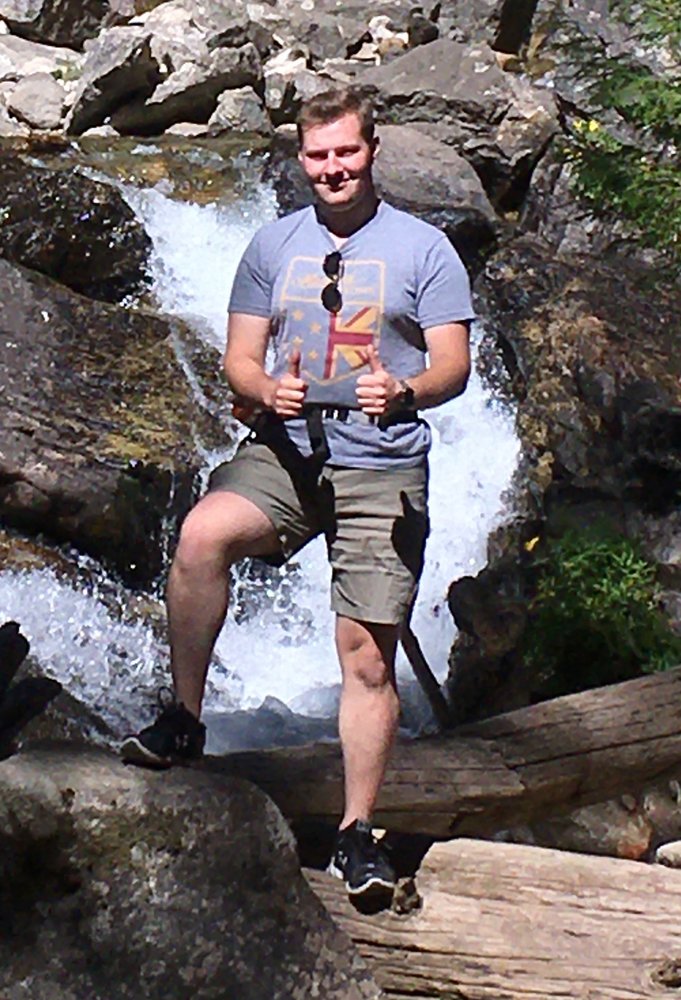 Please share a memory of Jozef to include in a keepsake book for family and friends.
View Tribute Book

Jozef Callum Sloma, age 21, left behind his Gretsch and other guitars, beloved friends and family, and classic vehicles to go on to other adventures. Early this year, Joe traveled from Spokane, WA to reestablish his residency in Leicester, VT, to attend a Criminology & Restorative Justice program at Northern Vermont University. Friends, family, and acquaintances share a deep loss of this wonderful individual who lived life fully, gave freely and, accomplished so much in the time he spent on this planet. We remain inspired by Joe’s artistic unconventionality and contagious enthusiasm. One of Joe’s social media sites states simply that he loved “coffee, Kerouac, Johnny Cash and camping; in that order.” Joe jammed at the Spokane Fall Folk Festival, was photographed in the center of a student crowd protesting gun violence, played Harry Bailey in a 2019 “It’s a Wonderful Life” at the Spokane Civic Theater. He attended callbacks in Spokane and Seattle for a lead part in a film for a major motion picture studio.

Jozef was born at Porter Hospital in Middlebury, VT on November 2, 1999. Joe attended preschool in Brandon, VT and Spokane, WA, first grade at St. Aloysius, grades 2-4 at Logan Elementary (science fair judge’s choice ribbon and first theater experience), and the part-time Tessera Gifted Program at Libby Middle School. He attended the Odyssey program in grades 5-8, and met many life-long friends there. Jozef graduated from Lewis & Clark High School in 2018 with a four-year letter in Choral Studies. Joe accompanied the 4th & Stevens jazz choir in the rhythm ensemble, TA’d for Mr. Boen, sang in every choir possible including the men’s “Frontiersmen, and adored choir trips to San Francisco California and Vancouver British Columbia. He auditioned for and received a role in Lewis & Clark’s “Music Man” production.

Joe returned to Vermont often, maple sugaring, haying, swimming in Lake Dunmore, and woodworking with maternal family. He attended camps like ACE Aviation Camp and Green Mountain Conservation Camp in 2012. Jozef celebrated with relatives and local Polonia in Syracuse, NY where his paternal family are congregants of Sacred Heart parish and members of the Polish Community Home. He obtained over 11 National Park Service Junior Ranger badges on family adventures with his archeologist parents. Joe fenced with Spokane Fencers Unlimited (placing first in sabre at the Zombie Invitational Tournament in Missoula), raced his carbon fiber Novara bike in SpokeFest, played soccer, was in Scouts, fell in love with downhill skiing at the Odyssey Ski Mobs, and adored small watercraft like canoes (Spokane Canoe & Kayak Club).

By high school, Joe was a passionate conservationist (stewarding trees and picking up garbage for Spokane Riverkeeper), historic preservationist (restoring his family’s 1928 “greenest house is already built” bungalow with his dad), and advocated for environmental and social justice. He was a member of the Universalist Unitarian Church of Spokane Choir, participated in its partner church program and trip to Felsarakos Romania, and a common sight at activist events. Joe enjoyed the online group Spokane History Researchers and volunteered as an administrator of Spokolonia (INW Polish community), however, his primary life’s labor since he was aged 14 was the repair and sale of classic vehicles that included a 1966 Blue Ford Galaxie purchased from a former Indie 500 driver, a 1962 Chevrolet Corvair Monza, and a classically outfitted Toyota Land Cruiser that transported an ever widening array of friends on adventures. His middle school interest in Civil War reenacting proceeded to leathercraft and theater prop making. Joe often combined photography and gifted illustrations with backpacking, hiking, camping, and travel in the outdoors. Joe was an “old soul”, a warm friend, delighted in holiday and food festivities, and a tireless traveler.

In April 2021, Joe was hired by Keewaydin Dunmore in Salisbury, VT as Motor Pool Coordinator; extraordinarily proud to get campers out on their canoe and other wilderness adventures. He worked previously at Almeida Farms in Addison, VT driving a fleet of old and new tractors, as an archeological technician for his parent’s cultural resources management consultancy of GEOARCH, Inc. in Leicester, VT, and in the Spokane Washington area for: Lowe’s Home Improvement (paint department), Craig Swapp & Associates (one of Washington’s youngest paralegals), Toby’s Battery & Electric, and Washington Alliance for Gun Responsibility (deputy director). He also did day care at the UU Church and enjoyed many “day” laborer jobs for friends and acquaintances. He crafted wooden cutting boards, arbors, and other garden and kitchen products for his mother’s urban farm stand. Joe was off to a running start in retail as a preschooler helping family sell maple products and organic veggies at the Newport, NH Farmer’s Market.

Jozef lost his life on April 25, 2021 as a result of a single vehicle motorcycle accident on a Vermont road, doing what he loved. As an organ, eye, and tissue donor, Jozef’s family would like to acknowledge that he gave the most precious gift anyone could give, the gift to save lives. Jozef is predeceased by his grandfather Jozef Sloma, a Polish forced laborer, who immigrated to the United States from Germany after WWII and made his home in Syracuse, NY. Mortuary services were provided by Stephen C. Gregory and Son Cremation Service of South Burlington, VT and facilitated by Hollis Funeral Home of Syracuse, NY.

Joe is also survived by many dear friends who walked beside him, relatives who shared a common spirit, and everyone who loves the high, wide and handsome wilderness, going on adventures, hanging out around old machines as a “hobby mechanic”, playing music together, or secluded quietude.  Visit https://jozefcallumsloma.wixsite.com/website for upcoming Jozef Memory Walks and other events, “Celebration of Life,” experience his music/photos, or for suggested organizations to donate in commemoration.

To send flowers to the family or plant a tree in memory of Jozef Sloma, please visit Tribute Store

Look inside to read what others have shared
Family and friends are coming together online to create a special keepsake. Every memory left on the online obituary will be automatically included in this book.
View Tribute Book
Services for Jozef Sloma
There are no events scheduled. You can still show your support by sending flowers directly to the family, or planting a memorial tree in memory of Jozef Sloma.
Visit the Tribute Store