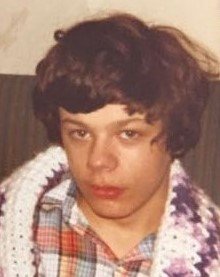 Please share a memory of Bruce to include in a keepsake book for family and friends.
View Tribute Book

Bruce A Samuel, 54, of Jamesville, NY passed away on March 26, at the group home where he resided most of his life.

Bruce was born in Baldwinsville, NY to Anthony J Samuel Jr and Esther A. (Gierlach) Samuel on April 6,1966. He attended The Syracuse Development Center before moving to the group home in Jamesville, (he was severely intellectually handicaped).

He is preceded in death by his parents, a sister Antoinette R. (Samuel) Long, and a brother Thaddeus A. Samuel.

To send flowers to the family or plant a tree in memory of Bruce Samuel, please visit Tribute Store
Friday
30
April