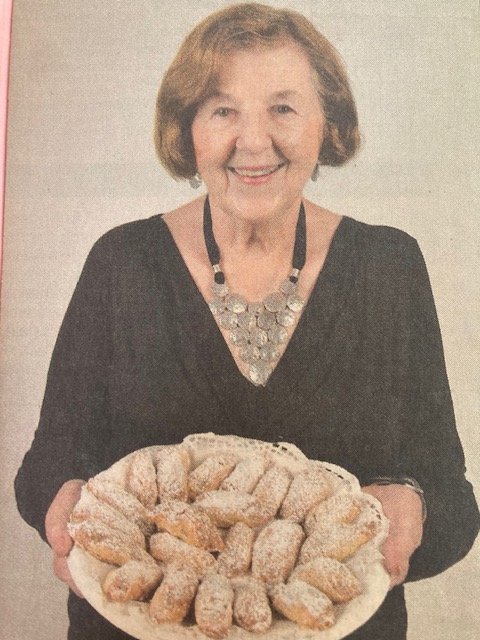 Please share a memory of Margaret to include in a keepsake book for family and friends.
View Tribute Book

Margaret Solomon, 97 of Lakeland, passed away on Thursday, February 25, 2021.  She was the daughter, of John and Aniela Hryma.  Margaret graduated Valedictorian from Vocational High School.  She then went on to Central Business Institute to study business.  She worked for several years as an Administrative Assistant in a New York State Office before becoming a full-time mom and homemaker.  She raised four daughters and provided childcare for many working parents.  In addition, she opened her home to many children from local orphanages.

Margaret provided a home for many of her Polish immigrant relatives, while they settled into work, homes and eventually families of their own.

As her children got older, she began baking and baking and baking.  In a short time she became a Blue Ribbon Baker.  She routinely entered her baked goods into contests, including those at the New York State Fair, resulting in 1st or 2nd Prize Ribbons.  Margaret would make cookie platters for family baptisms, communions, birthdays and weddings and professionally decorate them.  She was referred to as the “Martha Stewart” of Lakeland.

Margaret was predeceased by her husband John.  She is survived by her daughters Marcia Atwood of Albany, Andrea (Matthew) Agley of Cicero, Carol Solomon of Lowville, five grandchildren, Matthew, Amanda and Caitlin Agley, Lauren Atwood Yake and Courtney French as well as five great grandchildren.  She is also survived by her sisters Eleanor and Ronnie and many nieces and nephews.

A Funeral Mass will be celebrated at St. Marianne Cope at Our Lady of Peace Church Lakeland on Saturday, February 27 at 9:30 am.

To send flowers to the family or plant a tree in memory of Margaret Solomon, please visit Tribute Store
Saturday
27
February