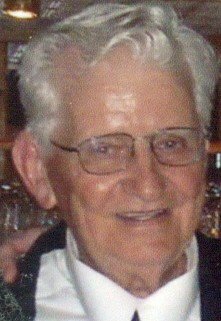 Robert “ Bob” C. Gonzalski Sr. passed away peacefully on Monday September 14th at home just 2 days shy of his 85th birthday. Bob was born and raised in Syracuse. He attended Porter and Vocational schools. Prior to his retirement Robert was employed by Lennox for many years. He was a Heating and air conditioning professional. After Lennox Bob was the proud owner of B & M heating and air conditioning. Bob was a licensed NY state auto inspection technician. He also owned and operated an auto repair shop along with his son Scott on Burnet ave in Syracuse. Bob was an avid SU Football fan. His son Jason and he held season tickets for many years. Also an avid hunter and fisherman He enjoyed spending time at his friend Doc’s camp in the Adirondacks. In his youth Bob was a pin setter at places such as the Polish Home, PLAV and Sacred Heart lanes. He served as secretary of the Lennox bowling and golf leagues for many years. Robert always welcomed and took pride In hosting his family and friends at his house in East Syracuse for the annual 4th of July fireworks display. Robert was predeceased by his son, Scott Gonzalski; grand daughter Mary L. Thornbrugh; parents, Joseph A. Gonzalski Sr. and Sophie Bach; his brothers, Stanley Gonzalski and Joseph A. Gonzalski Jr. and his former wife and mother of his children Margaret Dewald Gonzalski. He is survived by his children Robert (Judy) Gonzalski Jr. of Jerome, Idaho, Jason (Anna) Gonzalski of St. Cloud, Florida, his sister Barbara (Gonzalski) (Tom) Cooper of Schaumburg, Illinois, five grandchildren and many cousins, nieces and nephews. Calling Hours: Thursday 4 to 5:30pm, Hollis Funeral Home, 1105 W. Genesee St., Syracuse. Funeral Services: Friday 10:00AM Transfiguration Church 740 Teall Avenue, Syracuse Burial: St Mary's Cemetery, DeWitt.

In Lieu of flowers contributions can be made to Brian’s Kids, Inc. 206 Emerson Avenue Syracuse New York 13204

To send flowers to the family or plant a tree in memory of Robert Gonzalski, please visit Tribute Store
Thursday
17
September