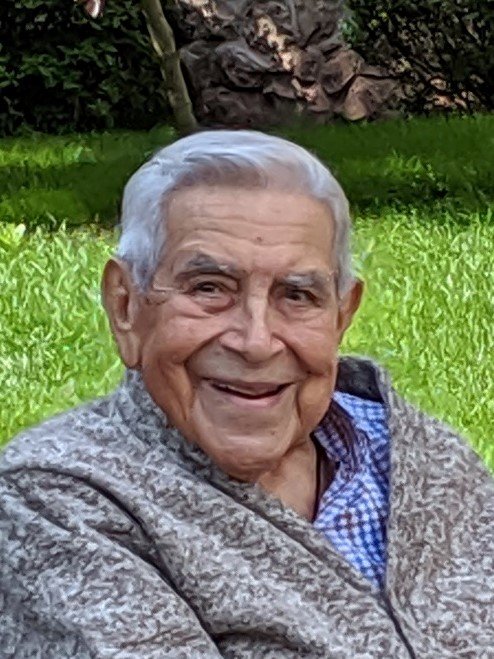 A Funeral Mass for Alderic R. Caza will be available to ZOOM on July 13th at 9:30AM.

Alderic R. Caza, age 87, of Audubon, PA passed away on April 27, 2020. He was born in Syracuse, NY on January 9, 1933, the only son of the late Anna (Rutkowski) and Alderic G. Caza. Al was a graduate of Syracuse Central High School and served honorably for 4 years in the U.S. Navy during the Korean War.  He later received his Associate’s Degree from Central City Business Institute in Syracuse.

Al lived most of his life in the greater Syracuse, NY region, including 34 years on the family farm homestead in Fabius, NY.  In 2010, Al and Dotty moved to Audubon, PA.

Al was a barber for 55 years, and co-proprietor with his father of Frenchy’s Barber Shop, a fixture in Syracuse from 1922 through Al’s retirement in 2005.  He was honored at the time of his retirement by the mayor with a Community Recognition Day.  Al was active in the American Legion, serving two terms as Commander of Post 41.

Al was a faith-filled, life-long, practicing Catholic and was a regular volunteer at the Basilica of the Sacred Heart of Jesus in Syracuse, NY, St. Paul/Immaculate Conception in Fabius/Pompey, NY and St. Teresa of Avila in Norristown, PA.

Al was a prolific storyteller. During his career as a barber, he was a frequent guest on local radio talk shows and was often featured in local newspapers. After moving to PA, he was a popular, regular contributor to his community magazine.

Due to current public health concerns, Al’s funeral mass will be available on ZOOM. The mass will be held on JULY 13th 9:30AM. Family and friends, click on the link at the top of the page and use the password to enter.

To send flowers to the family or plant a tree in memory of Alderic Caza, please visit Tribute Store
Monday
13
July