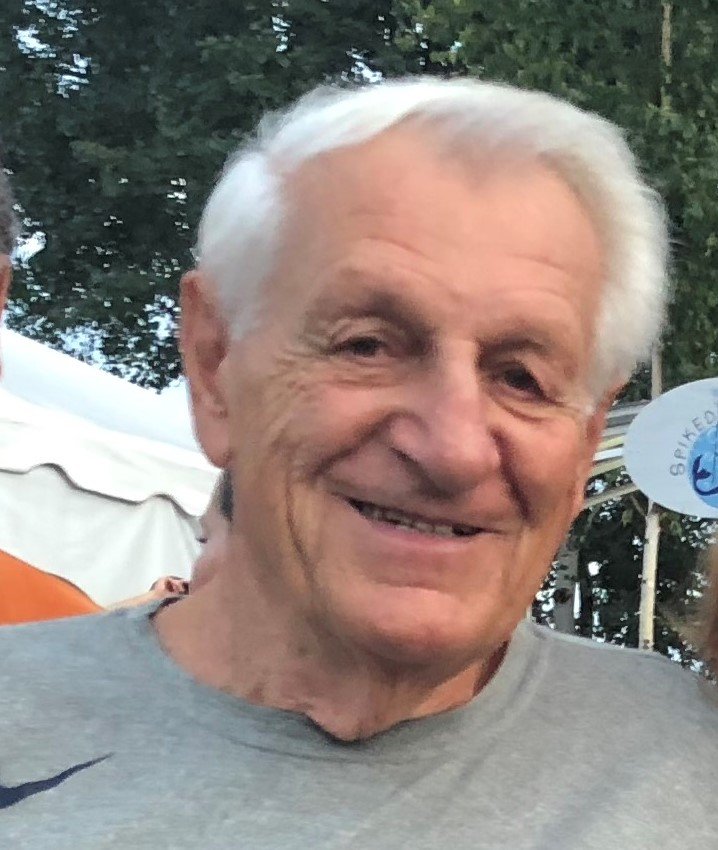 Bill lived in Syracuse NY until 1973 when he moved to Camillus NY with his family.  He married Joan Debrule in April 1958. He was a lifetime communicant of Basilica of Sacred Heart of Jesus, Syracuse NY.  He joined the Marines in December 1954 and was honorably discharged in November 1961.  He was a member of “The Salt City Corp”, and the Polish Falcon Club.

Bill lived his life to the fullest and always had a happy, positive attitude.  He enjoyed spending his summer days on the Seneca River kayaking, boating or just floating around.  During the winter he spent his time at Labrador Mountain skiing.

Bill adored his family.  His children, grandchildren and great grandchildren were all his pride and joy.  He loved spending as much time as possible with them.  To them he will always be their hero.

Bill is predeceased in death by his parents Francis and Wanda Rhodes, his wife of 60 yrs Joan Rhodes, son in law Mark Salvetti and great grandson Christopher Salvetti Jr.

He is survived by his son Thomas(Cynthia) Rhodes of Baldwinsville, daughters Theresa (John) Dean of Camillus, and Lisa (Ralph) Brunner of Cicero and a sister Judy (Gary) Vrabel of Florida.  He is also survived by 15 grandchildren, several great grandchildren, nephews, nieces and cousins.

To send flowers to the family or plant a tree in memory of William Rhodes, please visit Tribute Store
Friday
6
August