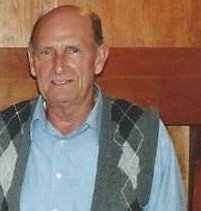 Obituary of John B Brilbeck

John Brilbeck, 91, died March 30, 2018 at the Crouse Community Center, Morrisville. Born in Syracuse, September 3, 1926, John grew up in the Lakeland area. He attended Lakeland School and Lakeland High School. He played ice hockey and enjoyed fishing and carving. He was a World War II veteran in communications at bases in the US and Europe.

He married Vlasta Hramadkava in 1947 after a courtship in the Czech Republic where he was stationed and where she was born and raised. They settled in West Monroe. He thoroughly enjoyed his neighbors and friends, and also loved dancing and music.

John was predeceased by his parents George and Mary Brilbeck, one brother George Jr. Brilbeck, and one sister Betty Wood. He is survived by his wife Vlasta, daughters Betty Jean Damon, Evelyn Lerner, Trudy Falcone, and Sharon Gwynn and eight grandchildren.

No service or burial is planned. John has donated his body to Upstate Medical Center's Anatomical Gift Program.