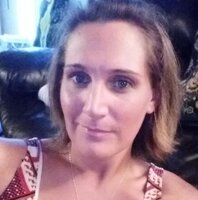 Born in Syracuse, New York, she was the daughter of Kelly Louise and Donald Kotas.

Hope graduated valedictorian from Mexico Academy High School and went on to Syracuse University in hopes of becoming a Doctor, but decided to start a family.

She was most passionate about being a mother. Her devotion to her children was never-ending, as her life revolved around her babies. She was a loving, gentle soul who saw the absolute best in everyone. Hope had the best sense to humor and a remarkable personality.

She had a love for music and often talked of her childhood and how she loved being raised in the country, playing in the woods, and catching frogs with her friends next door. Hope was predeceased by her grandmother, Karen E. Louise  and her Uncle John Louise.