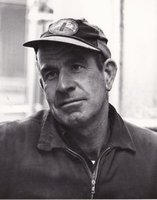 Eventually Tom decided to sell the farms in Vernon to the Vail brothers, who he became a mentor and lifelong friend.  Years later when he decided to sell his farm in Vernon Center it was turned into a wedding and banquet facility Hayloft on the Arch.

Tom was an active member in the Vernon Center United Methodist Church as a child and throughout his life.  He also chaired and was involved in the Vernon Center Methodist Church Park Committee starting the Old Home Days Festival, including building his own “Field of Dreams” Baseball field on his property down the street from the park to have community softball games.  As part of his civic commitment he helped start the Vernon Center Volunteer Fire Department, was one of the longest members of the Town of Vernon Planning Board, active in local politics, and the CNY Gideons.

As Tom was giving in life, he is in death participating in the Upstate Medical Anatomical Gift Program.   A Memorial Service will be held at the Vernon Center Methodist Church at a future date.